What the Science Says about Grounding & Its Benefits

Grounding, also referred to as earthing — what is it exactly, and how can it be beneficial in the recovery process?

It is a therapeutic technique that involves doing activities that “ground” or electrically reconnect you to the earth. This practice relies on earthing science and grounding physics to explain how electrical charges from the earth can have positive effects on your body. 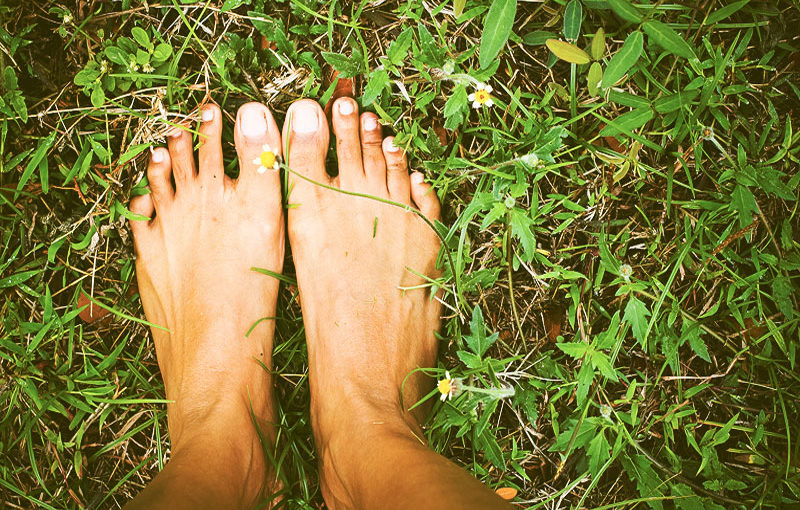 An article on Healthline.com broke down the science that is available on the topic. Below is an excerpt from that article.

It’s currently an under-researched topic and there are very few scientific studies on the benefits. However, the most recent scientific research has explored grounding for inflammation, cardiovascular disease, muscle damage, chronic pain, and mood.

The central theory from one review study is that grounding affects the living matrix, which is the central connector between living cells.

Electrical conductivity exists within the matrix that functions as an immune system defense, similar to antioxidants. They believe that through grounding, the natural defenses of the body can be restored. Further research expands on this idea.

In a small study on grounding and heart health, 10 healthy participants were grounded using patches on the palms of their hands and soles of their feet. Blood measurements were taken before and after grounding to determine any changes in red blood cell fluidity, which plays a role in heart health. The results indicated significantly less red blood cell clumping after grounding, which suggests benefits for cardiovascular health.

Another slightly larger study examined the role of this technique on post-exercise muscle damage. Researchers used both grounding patches and mats and measured creatine kinase, white blood cell count, and pain levels before and after.

Blood work indicated that grounding reduced muscle damage and pain in participants. This suggests that it may influence healing abilities.

This research is supported by a recent study on the technique for pain reduction and mood improvement. Sixteen massage therapists alternated between periods of practicing the technique and not. Additionally, Miami Heat strength coach Bill Foran spoke about his experience with the therapeutic technique in an upcoming episode of Sideline Sessions with Wesley Sykes. Be sure to catch that episode when it comes out on May 6.

To read the full article on from Healthline.com, click here.