Brian Hess has been the head strength and conditioning coach for the North Carolina football program since 2019. Prior to arriving at Chapel Hill, Hess, after spending two years as the head football strength coach for Army.

His strength and conditioning career has brought him to many campuses — from Sam Houston State, Delaware, Harvard, and Georgetown, and Iowa. 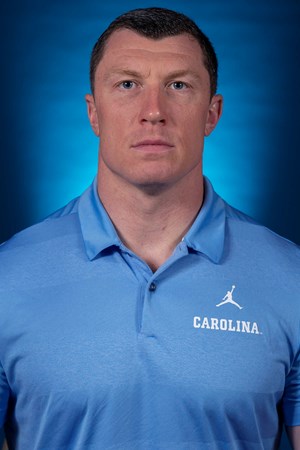 In a recent radio interview with Inside Carolina, Hess spoke on his training philosophy, handling a staff, working to prevent injuries, and what motivates him.

Below is an excerpt from that Inside Carolina interview.

On his weight training philosophy…

“It’s not just the big three (lifts) anymore. We’re not trying to make powerlifters. We’re not trying to make Olympic lifters. It’s going to be geared towards progressing them as football players. The big thing with the philosophy is having that progression. Early on with our guys, we’re going to bring them in and put them on a foundation program. We’re going to teach them how to move, how we’re going to squat, how we’re going to hinge at the hip press, how we’re going to pull and make sure they understand how to transfer force through their body by bracing properly and do all those small things and understand technique first. And then as they go through our program, they will go on to a developmental program, and that’s going to be where we are looking at strength because if we get younger athletes stronger — everything is going to improve.”

On the difference between strength and power…

“Strength is just moving as much weight as possible, and then power is moving moderate weight, your body weight, as quickly as possible. In order to have power, you need to have a foundation of strength. If you want to move 200 pounds fast, you have to be able to move 200 pounds. So we will always build the foundation of strength, and then power is just how fast they can put that force into the ground.”

“A balanced program is going to be the key to eliminating injury, I don’t think it’s going to be one thing. I think it’s having a great overall program. So that starts with that foundation for our freshmen, making sure they move properly before you progress them.

If you just throw a kid under a squat bar, he might not get hurt the next day, but long term, that’s going to be the kid who has issues. Just having a full balance program, putting those focuses on single-leg, putting the focus on having a balance of posterior chain so your hamstrings work, [focusing on] squatting type work, with your pull-ups, rows, and bench press and things like that.”

To listen to the whole interview with Hess from Inside Carolina, click here.